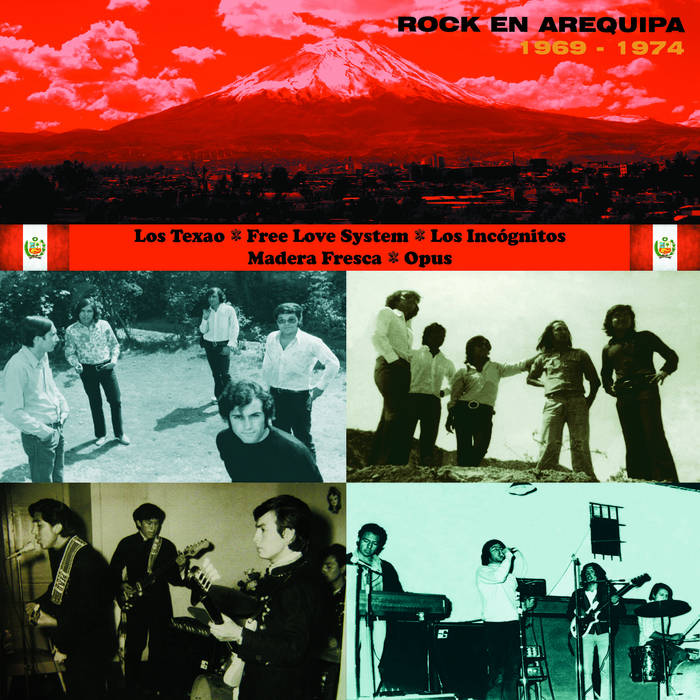 Arequipa, the second most populous city in Peru, up in the Andes mountains at an altitude of 2,380 meters (7,800 feet) above sea level; Arequipa, nicknamed La Ciudad Blanca (The White City), nestled beneath the snow-capped volcano El Misti. Arequipa.

Get your Peruvian beat fix with groovy tracks from Los Texao. Want some face-melting psychedelia instead? check out a fuzz-guitar laced instrumental ‘Swarlb’—a musical style called "Niebla" (Fog), because of the effect produced by the band’s rotor amps and reverb and echo effects. (Los Texao were the first group in the province to record using FuzzTone effects, using powerful Dynacord amps imported from Germany).

Madera Fresca’s acoustic version of ‘La lenta que apura,’ its one of the classic songs form teh city of Arequipa....recorded on a private audio tape.

Opus, is a progressive rock band from late 70's. They only record that song in a compilation LP.

All tracks from master tapes licensed by their musicians to Repsychled.