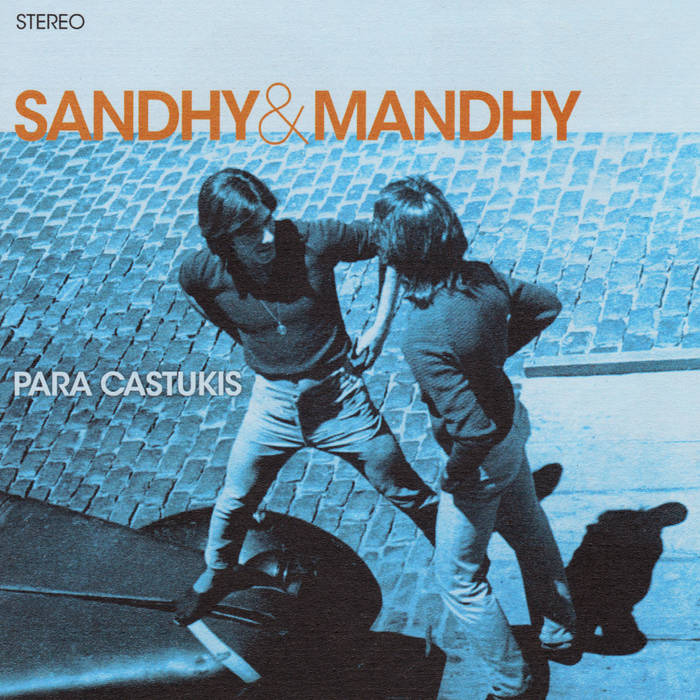 "….Now, through the magic of reissues, you can check out their groovy, organ-driven melancholy psych, with Zombies-ish harmony vocals, a little touch of bossa, and other treats (that fuzz guitar on the excellent Os Mutantes-esque 'Lluvia'! "

In 1969, Billy Bond, chief of La Pesada del Rock Roll and legendary major domo of Argentine rock, asked them to prepare a demo as a duo. Instead, they recorded an album (in three hours!) with a full band (Farfisa organ, congas, drums, bass, and guitars): one take of each song. They decided to press the record—only 110 LPs were made, making this album the ultimate Argentine rock rarity.

Sandhy & Mandhy were among the first in South America to bring a rebellious attitude to their music—all this in a period of military repression, when forced haircuts (and brutality) in the streets were a common occurrence. The simmering, intense ‘La indeferencia los pone mal’ (Indifference Upsets Them), was an important protest song, possibly the first from South America. Every word demonstrates the strong concern that Sandhy & Mandhy felt about the repressions they experienced every day: "Like little birds, we will have to fight/against all who want to change us with stones/why do they have to be so cruel/or is that indifference upsets them/I do not know what they want, to teach us morals/they should clean first their consciences/and then we will talk."

In the end, Bond said that Sandhy & Mandhy sounded too much like a band (not a duo), so success was not their fate. There are artistic ambitions too, with tape edits/inserts very unusual in an album of the era. At times introspective and acoustic, at others manic and ramshackle in the best way, it's quite a discovery. This digital reissue has two bonus tracks.