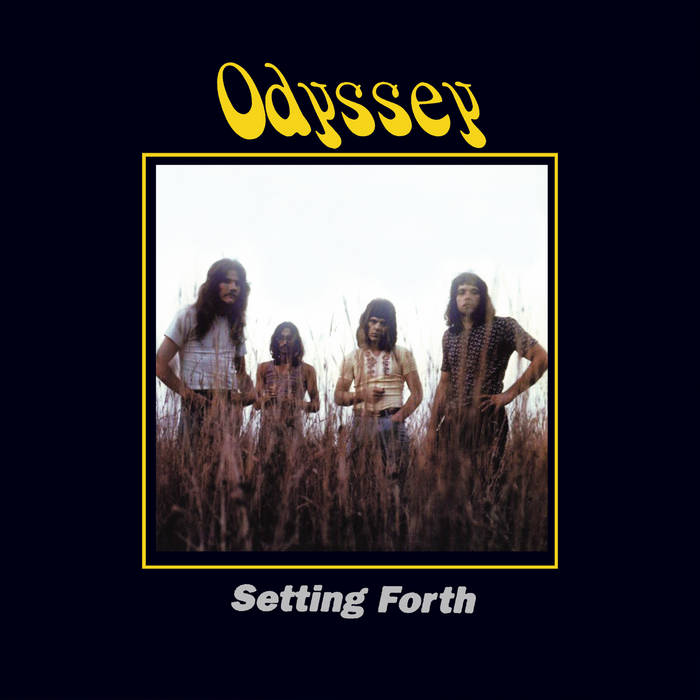 One of the ten rarest psych albums from the USA. Heavy Psych Rock !!

ODYSSEY “Setting Forth":
Once upon a time, when the music business was more music than business (but only just), there was a lean, mean, and super tight band who created a quintessential dose of New York sixties psychedelia: one perfect album, loaded with heavy swirling organ, ferocious fuzz guitar, and powerhouse vocals. That band was Odyssey.

Their album, “Setting Forth,” did not take them from support slots in their native Long Island to the major label heights of other local bands like Vanilla Fudge. But it is that same Odyssey “Setting Forth” album that is one of the greatest guitar-heavy psych records in the world, and as a result one of the most sought after (and expensive) psychedelic rarities ever pressed on wax.

This is truly one of the pinnacles of underground psychedelic music, recorded in 1969, released in an edition of fewer than 100 copies, and impossible to find as it only came in a plain white cardboard sleeve; an incredible, musically accomplished, hard rocking album of originals that jumps right out of the speakers and grabs you, from it’s opening In-A-Gadda-Da-Vida-esque riffs right to the grooving end.